We have commissioned Victor Ambrus, Illustrator from Channel Four’s Time Team programme to produce some archaeological drawings for the forthcoming exhibition.  Victor visited the Hinkley Point area with Bob Croft, County Archaeologist, to gain some inspiration and make some preliminary sketches.  Victor was also filmed by Justin Owen, who is making a film about the Hinkley Point excavations. 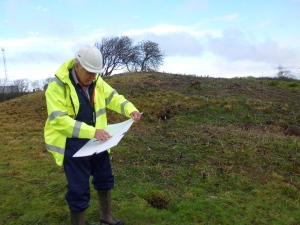 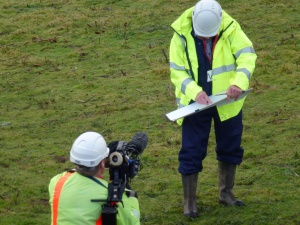